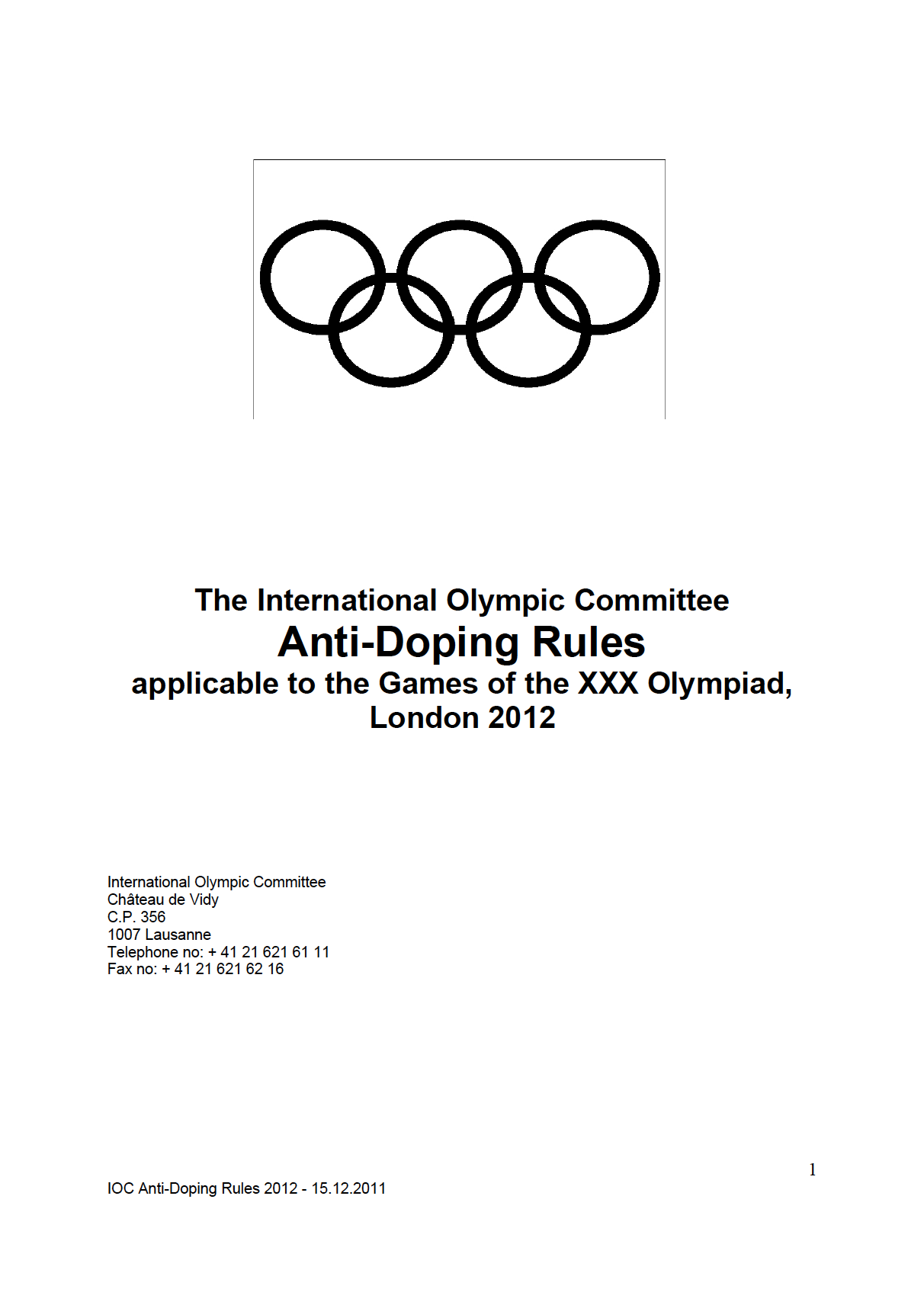 The Rules are complemented by other IOC documents, International Standards addressed throughout the Rules and the anti-doping rules of the relevant IFs. Anti-doping rules, like competition rules, are sport rules governing the conditions under which sport is played. All Participants (Athletes and Athlete Support Personnel) and other Persons accept these Rules as a condition of participation and are presumed to have agreed to comply with the Rules. The IOC Executive Board is responsible for establishing policies, guidelines and procedures with respect to the fight against doping, including anti-doping rule violation management and compliance with internationally accepted regulations, including the Code.