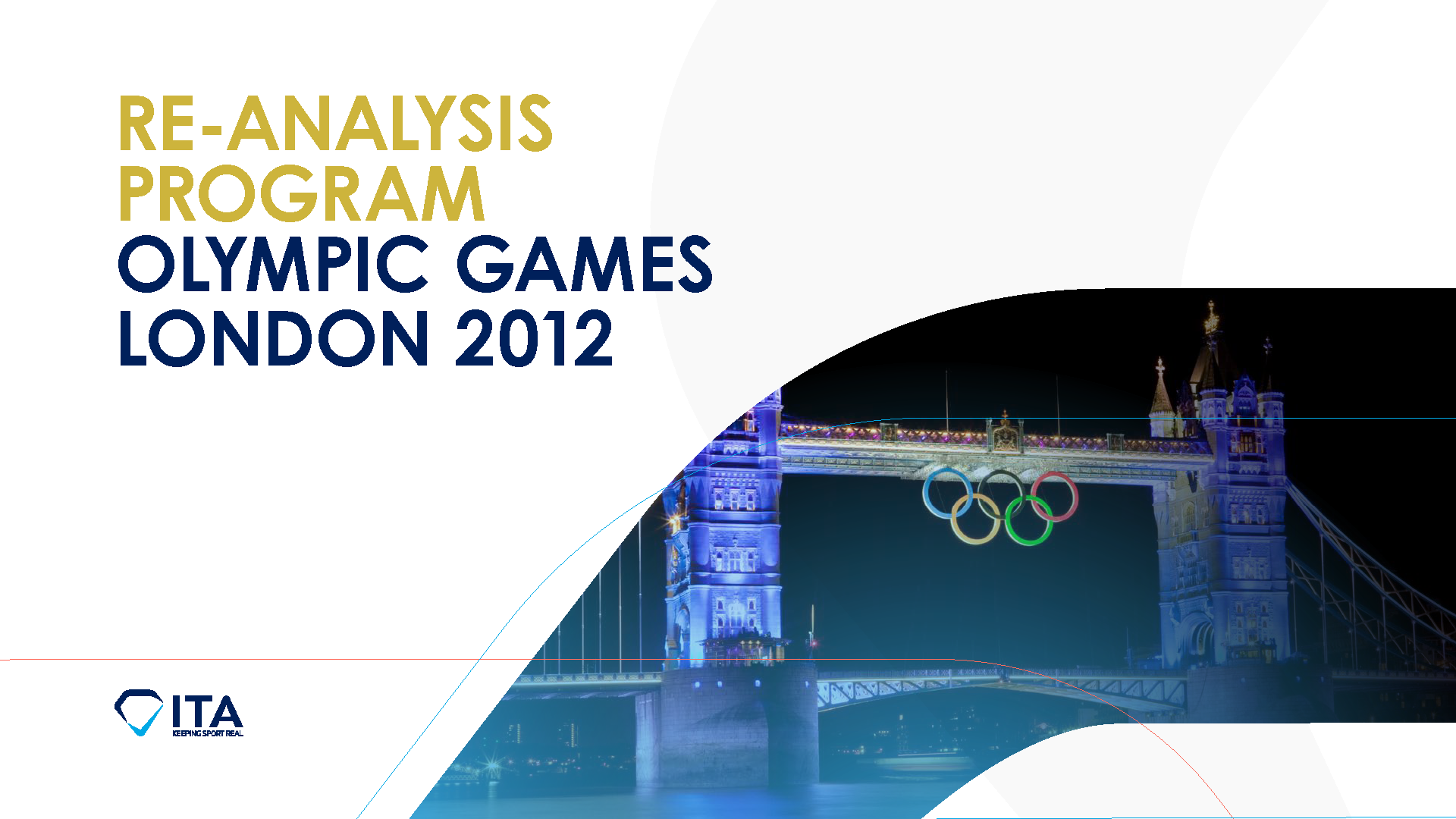 Anti-doping re-analysis programs provide an additional layer of deterrence and widen the detection scope of Anti-Doping Rule Violations (ADRVs) beyond the initial analysis of the samples after their collection.

The statute of limitations, as defined by the World Anti-Doping Agency (WADA) for samples collected during the London 2012 Olympic Games was eight years (it has been extended to ten years for samples collected in 2015 and after), thus closing the re-analysis program for that specific edition of the Games in 2020. Legal procedures following the reanalysis of the samples continued after this deadline.

The IOC began the re-analysis of the London 2012 samples prior to the Olympic Games Rio 2016. In the context of the investigations into the systemic manipulation of the anti-doping system in Russia, more than 500 re-analyses were conducted on these samples.

With the establishment of the International Testing Agency (ITA) in 2018, all re-analysis programs were delegated to the new expert body for independent handling, along with the rest of the Olympic anti-doping activities. The re-analysis program for the London Games used the latest analytical methods and aimed to test samples for all substances prohibited in 2012. The selection of samples for re-analysis was based on a tailored risk assessment that took into account several variables, such as the doping risk in certain sports or countries, findings from investigations or other sources of information, as well as the biological integrity of the samples. Based on these risk criteria, a total number of 2’727 samples were re-analysed, making the London 2012 re-analysis program the most comprehensive of its kind for an edition of the Olympic Games.

The entire re-analysis program for London 2012 brought forward a total of 73 ADRVs and subsequently the IOC withdrew 31 and reallocated 46 Olympic medals. The cases uncovered and sanctioned through the London 2012 re-analysis program were mostly for anabolic steroids detected through the new ‘long-term metabolite (LTM) test’, an analytical method that was not yet available during the initial analysis of the samples in 2012.