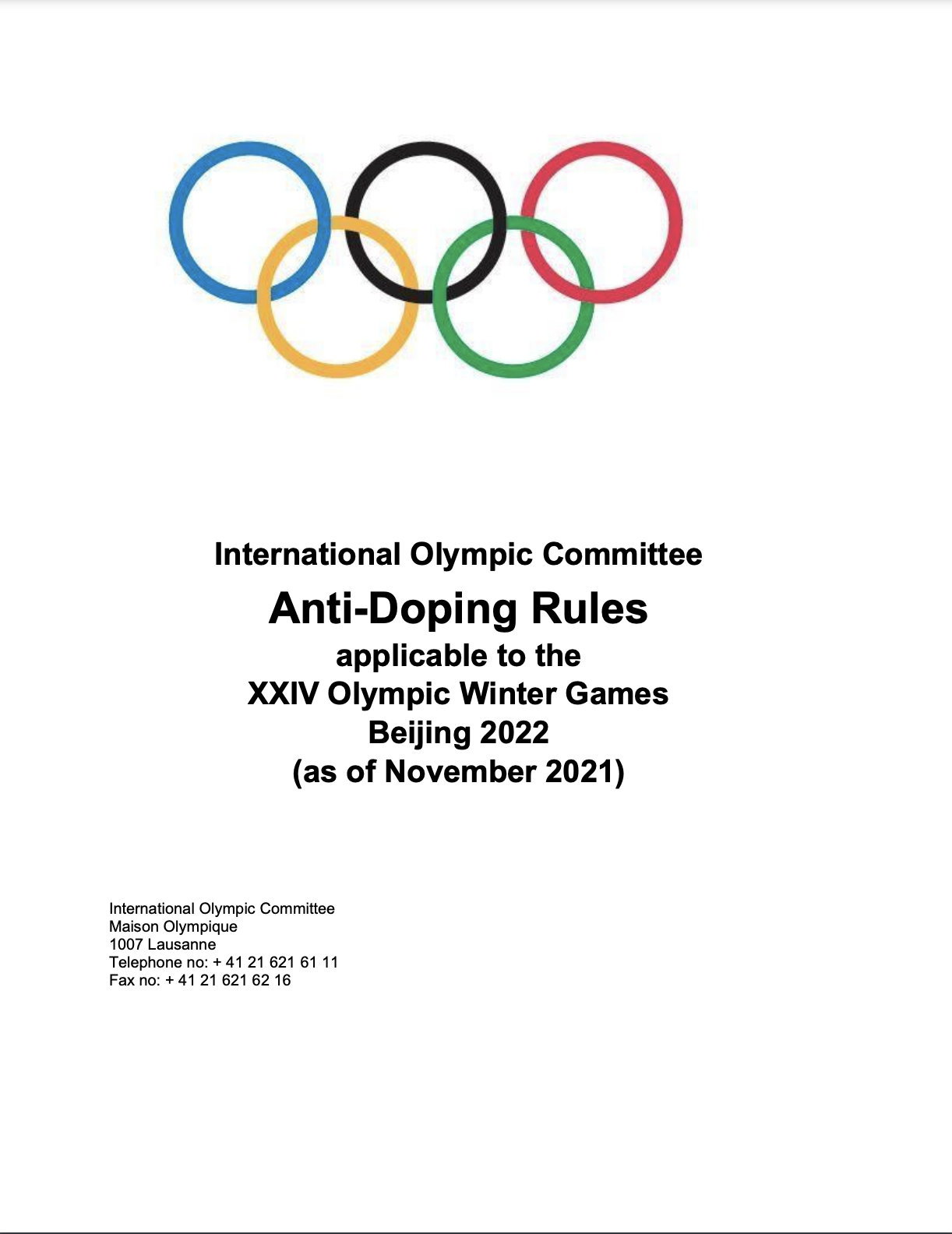 Delegation to the ITA The IOC is a Signatory to the Code and these Rules are adopted by the IOC in accordance with the mandatory provisions of the Code. In accordance with the Code and these Rules, the IOC has agreed to delegate some of its responsibilities related to the implementation of all or part of the Doping Control in relation to the Olympic Games Beijing 2022 to the ITA as further described hereunder, including without limitation, test distribution planning, TUEs and Results Management. The ITA, in turn, may sub-delegate the implementation of Doping Control as appropriate and customary to other Delegated Third Parties (for example to Beijing 2022 or Sample collection agencies). References in these Rules to the ITA shall exceptionally, due to the IOC’s status as a Major Event Organisation and where applicable within the context of the aforementioned delegation, be construed and interpreted as references to the ITA acting on behalf of the IOC.

Notwithstanding the above delegation to the ITA (or other Delegated Third Parties), and in accordance with the Code and the International Standard for Code Compliance by Signatories, the IOC shall, as the Signatory, remain responsible from a Code compliance perspective for all aspects of Doping Control conducted at the Olympic Games Beijing 2022. Further, and for the avoidance of doubt, while the ITA may act on its behalf, the IOC shall be considered as the party asserting anti-doping rule violations and for the purpose of any actions taken within the Results Management process, including proceedings in front of the hearing body or in any other matter under these Rules where that role would appropriately fall to a Signatory under the Code. Without limitation, this includes the position of applicant, and in the event of appeal, appellant or respondent as the case may be.

Turning the focus to Beijing: The ITA launches the pre-Games anti-doping program for the 2022 Olympic Winter Games