Clean Strokes only: FINA extends partnership with the ITA for another two years

The Fédération Internationale de Natation (FINA) has renewed and extended its partnership with the International Testing Agency (ITA) until the end of 2023. The world governing body for aquatic sports is further strengthening and enhancing the independence of its anti-doping program by delegating additional clean sport activities to the ITA.

FINA first partnered with the ITA in January 2019 as one of the first major Olympic Federations looking to further professionalise its anti-doping program and increase independent implementation.

During the FINA Extraordinary Congress in Budapest (HUN), FINA President Captain Husain Al-Musallam announced a partnership renewal with the ITA and delegated further parts of its clean sport program to it.

Previously, the ITA has managed FINA’s risk assessment and test distribution planning, the implementation of the federation’s out-of-competition testing program, the Athlete Biological Passport (ABP) administration and the coordination of FINA’s long-term storage and re-analysis program.

Starting in January 2022, the ITA is now also managing the federation’s in-competition testing and the administration of Therapeutic Use Exemptions (TUE) applications. Furthermore, the ITA is tasked with the establishment and management of FINA’s Registered Testing Pool (RTP) based on risk assessment. The ITA will also support FINA with its Intelligence & Investigations and Results Management activities, including the handling of whereabouts failures and anti-doping rule violations, in close cooperation with the newly established FINA Aquatics Integrity Unit. 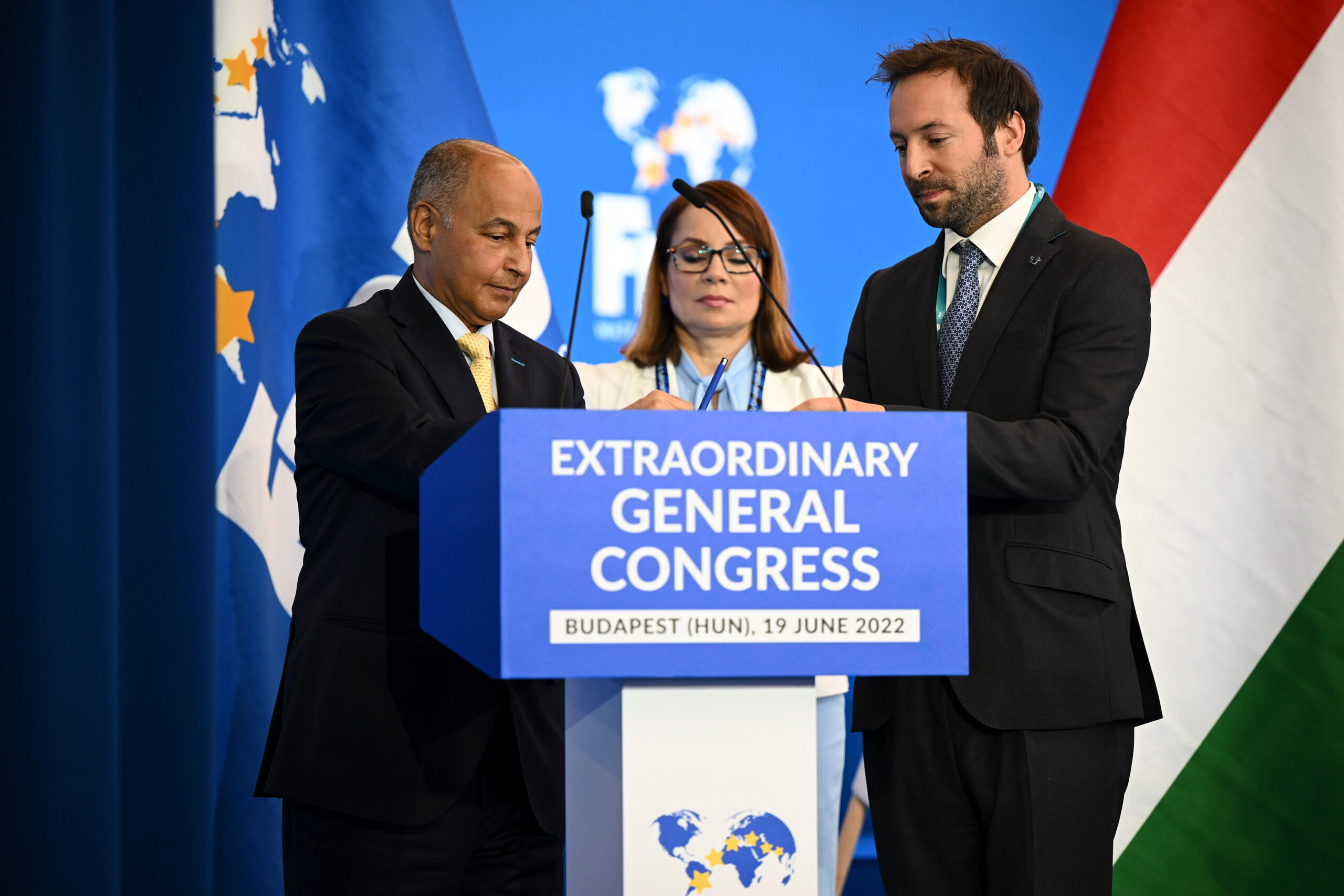 “I am very happy to announce this enhanced collaboration with our partner FINA and thank them for their commitment to keeping aquatics clean,” ITA Director General Benjamin Cohen said. “We are honoured by the increased trust that one of the largest Olympic Federations puts in the ITA as it shows that our focus on delivering the best independent anti-doping programs possible can give a large amount of support to any sporting body and help them focus on the development and promotion of their athletes and sport. We have worked hard to protect FINA’s athletes in the past two years and during the Olympic Games Tokyo 2020, and we will continue to do so throughout this new collaboration period. FINA should be commended for the significant reforms they are undertaking, and we look forward to working closely with them and its Integrity Unit moving forward.”

FINA President Husain Al-Musallam emphasised how the expanded collaboration with the ITA helps the specific needs of the Aquatics Integrity Unit to protect aquatics athletes and ensure a level playing field.

“On behalf of FINA and the entire aquatics family, I am delighted to renew and extend our collaboration with the International Testing Agency. FINA is completely committed to protecting clean athletes and promoting clean sport,” FINA President Husain Al-Musallam said. “Today’s agreement with the ITA will help ensure that the field of play is equal for all athletes, and forms part of FINA’s wider strategy to fight doping in sport.”